Re-Thinking the Case for Free College

I’m all about college opportunity and success and love the idea of swinging the doors wide open. At first I was taken aback, to put it mildly, by the notion of “free college,” but my thoughts are evolving. The idea may be worthwhile for what it’s doing to galvanize public attention to higher education finance. Whether it is viable public policy, from a practical political standpoint or a social equity perspective, however, depends on our willingness to look at the wider tax system.

My starting point has always been to target social programs and precious tax resources as precisely as possible to the very neediest, making sure that our limited funds hit their mark. So I had a visceral reaction to the inefficiency of underwriting Chelsea Clinton or Baron Trump (if either had chosen a community college given the scope of most plans), or simply a secure middle class student who had money saved for college. The Higher Ed Insights Spring 2017 Survey respondents commenting on the New York’s Excelsior Scholarship (which does have an upper income limit, although a relatively high one) shared that concern, calling it a “terribly regressive plan that won’t benefit students that need it the most” and “a terrible idea [that] will subsidize middle income students who can afford to pay some level of tuition.” Rhode Island and California’s more recent versions of free college for all eligible students, regardless of income, garnered similar criticisms.

Then there was the mismatch problem. Tuition at public institutions, especially community colleges, is often not the biggest issue for low income students, given the availability of federal and state aid, low tuition, scholarships, and moderate borrowing. Free college proposals don’t cover the books and living expenses –and transit to school, child care, technology, or the many other causes of student financial and other stress – that are often what stand in the way of attending, persisting, and succeeding. And as a former New York private college president, I’d urge recognition of the important and under-appreciated role that many private colleges play in serving very low income and first generation students. I’m concerned about recent reports of private college enrollment drops that may be attributable to Excelsior, and could put more stress on public institutional capacity.

On one level, “free college” is a rallying cry as much as it is a funding policy — a way to make the invitation to college vivid and aspirational.

The whole notion of free tuition seemed off kilter (not to mention pie in the sky and too expensive). Too much for some, too little for others. But I’m starting to look differently at policy designs that would inevitably allow some public funds to go to wealthy/non-needy people in the interest of other objectives. On one level, “free college” is a rallying cry as much as it is a funding policy — a way to make the invitation to college vivid and aspirational.

The symbolic value is clear. “[T]he law sends a very important signal that a large state believes higher education should be universal,” said one survey respondent. Twice as many respondents think the plan has a positive rather than negative impact on students or the sector. There’s no doubt that “free” is more compelling and crisp than “many of you won’t have to pay much, and some of you won’t pay anything at some schools but you can’t be sure if you’re one of those people,” which may be pretty close to what first generation families hear as our current message about college affordability.

Opening a college assistance program to everyone not only sends the message that we expect everyone to go to college, it almost certainly helps generate votes for the proposal. For example, Gov. Gina Raimondo (D-RI), who spearheaded the Rhode Island free college initiative, said that she “didn’t want to leave behind the middle class.”[1] Opening these programs to everyone could also be good for learning. Knowing that a college education is accessible can be a powerful motivator for students to work harder and more readily pursue postsecondary opportunities. It takes a lot more than free tuition to achieve that, but free tuition can be a useful component in a college success strategy. On a pragmatic level, universal eligibility (which the Excelsior Scholarship does not have, but some other policies do) also streamlines administration and avoids the inevitable accusations of waste and mismanagement when a sliver of funds benefits someone just over the income line.

At the heart of the matter is that we are forced to engineer the delivery of all public goods and services—including college and health care, and the solutions to so many pressing challenges—in the context of flawed overall tax targeting and shortsighted national investment strategy. If we had a genuinely progressive tax system, free college would be fine: prosperous people and successful businesses would already have paid their share for public goods, which could then be allocated based on need and capacity to benefit. In other words, if we collect in a fair way at the gate through income and estate taxes, everyone can partake of the public goods and services once inside the park, if you will. Our collective investment in education would yield economic growth along with public dividends for our democracy and culture.

And let’s not stop there. We should go on to tackle the other barriers that disproportionally stand in the way of some students’ college success even once universal access to college is established, and even when it’s “free.” I’m thinking of equitable access to quality preschool and K-12 preparation, enriched advising before and during college, housing stability, and transit and health services. And while we’re looking at the big picture, imagine if everyone experienced fair opportunity and rewards for their labor force participation instead of being hobbled by race, gender, disability, and other forms of discriminatory pay gaps and harassment, and by lack of economic development in rural, center city, and rust belt areas.

I’m an optimist who dreams that the current attention to free college and universal health care can generate momentum for progressive tax reform. Excelsior (ever upward) indeed! 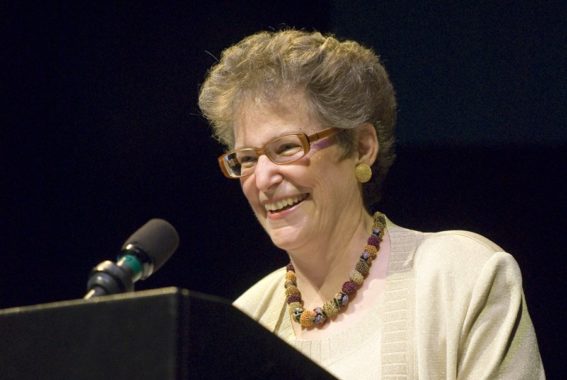