Reflections on the Joint Conference of Librarians of Color

From September 26-30 the Joint Conference of Librarians of Color (JCLC) held their third national conference in Albuquerque, New Mexico. The conference is sponsored by five associations of ethnic librarians and is a crucial venue for supporting librarians of color, and by extension, fostering diversity in the profession.

A group of librarians on the Indigenous Studies project, in which 12 academic libraries have partnered with Ithaka S+R to understand the unique research support needs of Indigenous Studies scholars, had the opportunity to attend JCLC and share about the project. What follows below are reflections on some of those experiences. We also share what’s next for the project.

The panel presentation “Intersection between Academic Libraries and Indigenous Studies: A Qualitative Study to Improve Library Services for Indigenous Studies Scholars” was hosted by four speakers from four different participating institutions in this Ithaka S+R project: Deborah Lee (University of Saskatchewan), Tanya Ball (University of Alberta), Desmond Wong (University of Toronto), and myself (University of Hawaiʻi).  Though our teams are separated by thousands of miles (kilometers, for the Canadians), there are a myriad of things that connect us–most importantly of which is knowing that we are all so deeply committed to advancing Indigenous communities. And our research has identified several areas where we, librarians and information professionals, can potentially support those communities.

One research finding apparent across our studies is that Indigenous scholars frequently find their value systems at odds with that of the academy, whether it be insisting on relationship-based and reciprocal practices enacted by non-Indigenous colleagues, or continually fighting against colonial structures like blood quantum and extractive research practices.  Another finding coming out of the research is the lack of representation of Indigenous peoples in our profession. Some Indigenous scholars noted experiences of racism and feelings of un-belonging when visiting libraries and archives and having to approach non-Indigenous professionals. While these problems are not likely to have easy fixes, that we can now articulate them in substantial ways is one step closer to improving library services for Indigenous studies programs.  Beyond that, though, that we can collectively, collaboratively, and cooperatively address these issues – across institutions, across oceans, across cultures – creates generations of opportunities for us to advance Indigenous communities. And JCLC was exactly that: an opportunity for us to connect, which has since sparked countless new paths forward. Pictured here is a slide from Desmond’s presentation on the panel. The slide shares how OISE Library at the University of Toronto will work with the findings from the project

Anthony on Discussing the Project’s Methodology in a Roundtable

The roundtable discussion on “Decolonizing Library Research with Indigenous Methodologies,” had a very successful turnout and filled a room intended for more than 100 people (though to the detriment of the roundtable format, but we managed). The large turnout only further signifies the existing and growing interest in Indigenous methodologies and how they apply in libraries. Also, I believe there is great appeal to how this kind of research challenges the colonial underpinnings of information infrastructures and the institutions that uphold them.

One notable comment during the open question portion included the importance of fostering real relationships and partnerships with Indigenous communities rather than solely using connections to establish a formal exchange of knowledge, especially in the act of research with those communities. Another discussion point that was raised commented on the power librarians wield in choosing materials or resources that feature Indigenous authors and content for their libraries (vendors – take notice!). As Deborah Lee, my co-presenter and librarian from the University of Saskatchewan, quoted from one of the U of S research participants when referring to the importance of representation and reciprocity​ in Indigenous studies research, “nothing about us without us,” became a rallying cry for librarians and spoke to the spirit of inclusivity of the conference.  There was also a concern raised about the importance of research data management from an Indigenous perspective and how this can be at odds with funding agency requirements; this is an issue that will take careful negotiations to resolve but Indigenous research protocols must take priority throughout the research process.

Within the context of the greater JCLC conference, what struck me most were people’s passion and the incredible amount of work that had been done to break hegemonic approaches to librarianship and information science, particularly in the realms of race and gender relations. Each session I attended was thoughtful, informative, and each had a consistent air of respect and appreciation from the audience. It was an enriching week of conversation including topics on maker culture, collections development, and retention and mentorship for POC librarians – just to name a few! I for one, was incredibly grateful to my colleagues from across the United States and Canada who were able to share these moments with me in Albuquerque, New Mexico – one of my father’s family place of origin and truly a land of enchantment. Deborah provided a much-appreciated hand-out to attendees, a Selective Bibliography on Indigenous Methodologies

Danielle on What’s Next

The research teams on the Indigenous Studies project have wrapped up the interviews with faculty at their institutions and are in the process of analyzing the collected data, writing up the results, and working with the participants to vet the results. Each team has the option to share their results publically. Those public reports will be launched in 2019 alongside the capstone project summary from Ithaka S+R, which will highlight the project’s process and the top-level themes that emerged through the findings across the cohort.

There is incredible interest in and enthusiasm for the project and findings from the researchers will be shared at a number of forthcoming conferences in 2019, including ACRL and the 11th International Indigenous Librarians’ Forum. 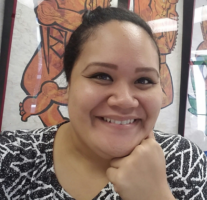 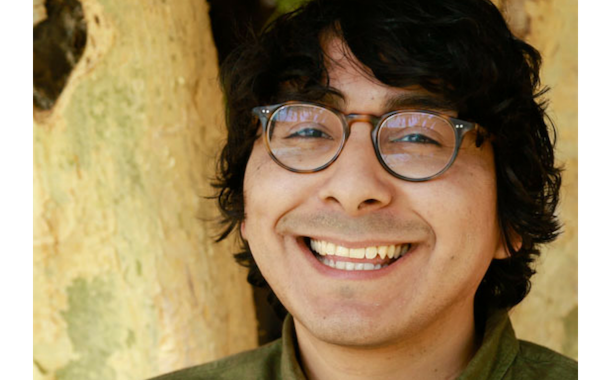