Across several survey items, the respondents to Ithaka S+R’s Higher Ed Insights Spring 2017 Survey rated Obama administration policies and enforcement actions against for-profit institutions as having a high and positive impact. In my view, policies such as the gainful employment rule and actions such as revoking the accreditation authority of the Accrediting Council for Independent Colleges and Schools (ACICS) for revoking Title IV eligibility for students attending ITT Tech were understandable, on the whole, but had serious shortcomings. My biggest critique is that the policies were too narrowly focused on for-profit providers—this of course is not surprising given the Obama Administration’s deep seated antipathy to the sector.

Let’s begin with the revocation of the accreditation authority of ACICS. This, by itself, was a major disruption for the 245 schools it accredited (and the students enrolled in them).  However, taking away ACICS’ authority could be “disruptive” in the Clayton Christensen sense if it serves as a warning to the whole house of cards that the current accreditation system represents.

True, ACICS accredited many institutions that failed on far too many basic measures of student success. But other, larger accreditors continue to accredit institutions with abysmal graduation rates and poor student outcomes. Whether or not revoking ACICS’ authority was a “one off” or the opening of a serious re-examination of the whole system of accreditation is something we should monitor closely (and hope that it was NOT just a unique event). As a panel member noted: “Showing that accreditors have accountability is important. Hopefully this raises the game for accreditors to focus on student outcomes at institutions, which will in turn benefit students.”

The fixation on the tax status of institutions is an example of goal displacement.

The closure of ITT Tech and the overall declining enrollments in proprietary schools are both the result of the antipathy the Obama Administration had toward schools in that sector and of that administration’s repeated and concerted efforts to reduce the footprint of proprietary schools (or put them out of business altogether). The fixation on the tax status of institutions is an example of goal displacement: if the goal, as repeatedly professed by the Obama Administration, was to improve student outcomes (e.g., graduation rates, employment, debt repayment), then the war on for-profits should have been a war on low performing schools regardless of sector.

Consider one of the major tools used by the Obama Administration to attack proprietary institutions: Gainful Employment (GE). As is well-known, the Obama Administration promulgated GE regulations that calculated the debt to income ratios of graduates of occupational/technical oriented programs (which included all programs in proprietary institutions and a small percentage of programs in other schools, including community colleges). The GE regulations sanctioned programs that failed to meet set performance standards and were billed as a way of protecting students from taking on too much debt relative to the earnings they were likely to achieve.

A more serious effort at protecting students would have entailed gathering wage outcomes for graduates from all programs from all colleges, regardless of sector. Remember, students in proprietary institutions represent but a small percentage of students in higher education—far more students attend public institutions, including community colleges (which are major providers of career and technical education).  If the Obama Administration did not feel it had the statutory authority to enforce GE regulations on all programs, it certainly had the ability to calculate and publicize the rates for all of them.

Why is this important? Program level debt levels in public institutions in Texas for instance show that many programs, even in low cost public institutions, would fail the GE test. As is well known, early childcare education programs lead to a poorly paid yet much needed occupation—and over one-quarter of early childcare training programs in Texas would run afoul of GE. Arts programs fare even worse: Fifty percent of drama and theater arts programs, which lead to careers that are underpaid but valued by any civic community, also fall in GE’s fail or warning zone categories. Meanwhile 28% of music programs fail or nearly fail, and fine and studio arts programs fare even worse—52% fail or are in the zone. Shouldn’t students in these programs be afforded the same protection extended to students in proprietary institutions, which was the justification for the GE regulations?

As one panel member noted: “What we really need to do is apply the same standards to all educational institutions – we should close any institution that is not providing value to learners and their employers.  Tax status should not be the marker – just quality of learning outcomes for students.”

These are issues worth taking on—the tax status of institutions is a distraction. 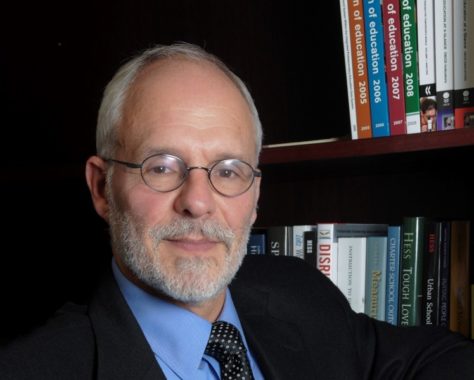