The cognitive interview process involved the administration of survey draft questions with retrospective probing to collect additional explanatory information about survey responses.  The purpose of this process is twofold: (1) to increase face validity by ensuring that the questions in the survey are generating the information that its author intends, and (2) to minimize non-response to the questionnaire by verifying that the process of taking the survey is not unnecessarily difficult.  For this module on international graduate students, eight interviews were conducted over the course of the 2015 calendar year with students from a variety of countries, of differing genders, and at a variety of points in their academic career.  This process helped to shape the final version of the questionnaire, both in providing assurance that the questions in the module were not problematic and in generating feedback on an initial question on visa status that was found to be a major pain point for respondents and was thus removed.

UIUC then conducted the Ithaka S+R Graduate/Professional Student Survey in spring 2016. In addition to the base questionnaire, UIUC selected the Research Practices module as well as the newly developed STEM and International modules (see Figure 1).

The survey was distributed to 10,918 graduate students at the University of Illinois at Urbana-Champaign. Not all graduate student respondents received every question in the survey due to the survey flow and skip patterns. In total, 2,289 respondents clicked the survey link (about 21% of those who received the email invitation), with 1,915 of those starting the survey (about 18%) and 1,388 of those respondents completing the survey, for an overall response rate of about 13%. Of the completed surveys, 1,288 answered the question “Are you an international student or foreign national?”, with 38.2% (n=492) answering “yes” and 61.8% (n=796) answering “no.”

The greatest shares of international students who responded to the survey were from China (36%) and India (14%). These students did not differ greatly from their domestic peers in age, gender, and other demographic characteristics, but were more likely to pursue degrees in engineering, and less likely to pursue degrees in education and library and information science.

The results of the survey are extensive. For the purposes of this piece, what follows is a selection of some of the findings related to international graduate students.

The Role of the Library survey module investigates student perceptions of the role and value of the university library. There are some differences between international and domestic students that are statistically significant though none of the differences between the means are very substantial.

Nonetheless, there is an interesting overall pattern in the results that is contrary to what has been previously reported in the literature.  Other studies typically report only greater use and perceived importance of the library by international students. This is true for some questions in the role of the library module:

Figure 2: How useful is it to you personally that your campus library provides each of the services listed below? Average (mean) responses, where 1 = not useful at all and 5 = extremely useful.

But, there are also two cases in which domestic students report a higher level of usefulness than international students:

Figure 3: How useful is it to you personally that your campus library provides / campus librarians or library staff provide each of the services listed below? Average (mean) responses, where 1 = not useful at all and 5 = extremely useful.

The Research Practices module inquiries into students’ engagement in original research and perceptions of the importance of doing so, communicating their work to possible audiences, and gaining related skills. Like the Role of the Library module, there are some questions related to research practices where the difference between international and domestic students is statistically significant. Unlike the Role of the Library module, many of these differences are also arguably meaningful.

In particular, international students place substantially more importance on collaborating on original research with one or more faculty advisors, instructors, or professors, undergraduate students, and graduate students than domestic students.

Figure 4: How important or unimportant is it to you to do each of the following before you graduate from this college or university? Average (mean) responses, where 1 = very unimportant and 7 = very important.

In addition, international students also placed greater importance on gaining research skills than domestic students (though it is worth noting that all students rank these skills highly).

Figure 5: How important or unimportant is it to you to acquire each of the following research skills as a result of your experience at this college or university? Average (mean) responses, where 1 = very unimportant and 7 = very important.

Conversations with librarians at other research libraries have confirmed that they have also begun analyzing their user survey data to compare international and domestic students and are finding similar trends in their results. International and domestic students do sometimes differ but the differences are small and even, as UIUC found, sometimes reversed from past reports in the literature.

It seems possible that international students – at least at the graduate level – no longer vary as greatly from their domestic counterparts as they once did. This may be a result of improved library orientation for international students, commonly recommended as a result of previous studies. In addition, the scholarly digital information environment outside of the United States is likely more similar to that in the United States than the print environments were, particularly with respect to direct access to information resources, unmediated by library staff.

Nonetheless, recognizing that international students are particularly interested in improving their research skills and finding opportunities to collaborate, there are opportunities for research library digital scholarship centers, in particular, to develop services and programming that is informed by these interests.

The presentation slides from our session on this project at the EBLIP9 conference are available in the UIUC institutional repository.

These findings and implications are, of course, specific to the UIUC survey.  Ithaka S+R is interested in partnering with other institutions to explore the practices, needs, and perceptions of international students to determine whether these findings are broadly applicable as well. For more information on participating, please contact Christine Wolff-Eisenberg. 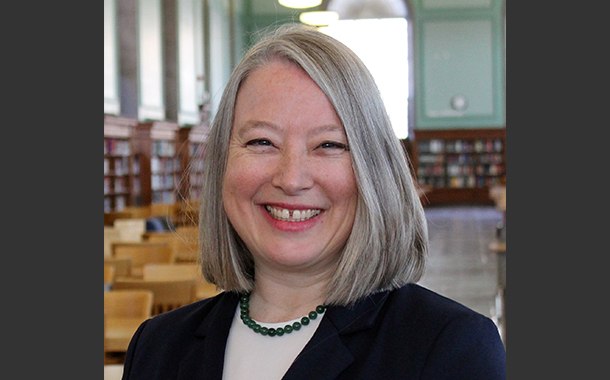 Professor/Coordinator for Information Literacy Services and Instruction and Affiliate Professor in the School of Information Sciences, University Library at the University of Illinois at Urbana-Champaign