The 12th National Conference on Higher Education in Prisons was held remotely from October 11-14. Organized by the Alliance for Higher Education in Prisons, this conference brings together educators, administrators, and current and former students of higher education in prison (HEP) programs to share information about challenges, trends, and changes in the HEP landscape. The theme for this year’s conference was “What’s Next?” and, with the restoration of Pell grants for college students who are incarcerated approaching in July 2023, we were eager to learn what HEP educators and administrators were focusing on and preparing for in the proposed legislation.

Throughout the conference, there was a visible attempt to foreground and highlight the voices of people who are or were incarcerated, a point emphasized by the robust participation of students in the Arkansas Valley Correctional Facility in Colorado. Sessions also focused on the connection between education, liberation, and coalition building—an idea emphatically highlighted in the keynote by Dr. Ruth Wilson Gilmore. With those values underpinning the conference, here are a few recurring topics we want to highlight as important for the field:

Preparing for Pell restoration for students on the inside seems to be the implicit answer to the conference theme—“What’s Next?” On the surface, this is fairly obvious: many in the field are waiting to see the final regulations before they go into effect in July 2023. At the same time, the regulation itself appears to be driving advocates, administrators, and instructors to think expansively about the future of higher education in prisons. Major sessions developed around Pell restoration dovetailed with broader conversations about equity, education, and reentry. Over the course of the conference, this pushed conversations beyond thinking about reducing recidivism and toward actively considering how higher education institutions, departments of corrections, and community partners must communicate and collaborate.

The conference was bookended with important sessions on Pell restoration. One of the opening sessions, “What’s Next? Paying with Pell in 2023 and Beyond,” gave conference-goers the opportunity to discuss the details of Pell restoration with representatives of the US Department of Education (ED). Amy Loyd, Sean Addie, and David Musser presented on how their respective offices in ED were working to develop the final legislation for Pell restoration. The robust Q&A at the end of the session put an emphasis on how complex and collaborative evaluation and reporting procedures will need to be for HEP programs once Pell is restored. Likewise, one of the final sessions of the conference, “The Role of Public University Systems in Supporting Higher Education in Prison & Beyond,” put Sheila Meiman, Rachel Sander, and Rebecca Silbert in dialogue about how Pell restoration will fit within the broader landscape of higher education in prison programming, especially regarding pathways to transfer and education, and major developments in the role of technology and reentry in HEP.

As at the Correctional Education Association Conference in August, the issue of staffing shortages throughout the nation’s Departments of Corrections was persistently raised. Participants involved in one session described how their professor was also employed as a correctional officer, working additional hours within the same facility. The impact of such a dual role on teaching and learning seems significant and almost certainly contributes to self-censorship, one topic of a current research project at Ithaka S+R.

A number of panels focused on the role, rewards, and risks of integrating technology in higher education in prison programs. We were particularly attuned to the debates surrounding technology, given our past work on technological access in prisons and its relation to educational equity and our current project studying the forms of technology HEP students on the inside can use. On one hand, participants recognized the liberatory potential of technology as a force to drive equity, increase access to education, and help smooth reentry by allowing students to learn crucial digital literacy skills while still incarcerated. One example was found in the panel titled “Flipping the Inside Out Model: Abolitionist Pedagogy in Practice,” featuring Leo Hylton. This was the first time in Maine that an incarcerated person was hired to co-teach at a college or university. On the other hand, participants expressed concern over several possible appropriations or abuses of technology, from issues of surveillance and self-censorship to concerns about how unequal access to, administrative exploitation of, and inadequate best-practices training in technology in HEP programs may exacerbate systemic inequities.

Additionally, technology was implicitly featured in the fabric of the conference itself. The remote structure allowed students who are currently incarcerated to attend and participate in panels, and it made possible a live-streamed debate between teams from the Maine Department of Corrections and MIT, showcasing some of the potential benefits of increasing access to students on the inside.

Continuing a trend from last year, reentry was perhaps the most visible topic throughout the conference, featuring in the titles of a handful of sessions and the content of several more. There was a shared understanding among conference participants that reentry skills training must happen well in advance of release. In several sessions, speakers argued that digital literacy must be integrated into HEP programs so students learn the skills to find and maintain housing and employment and to navigate and succeed in higher education outside of carceral contexts. Participants were also concerned about how the reentry data required by Pell restoration might be in conflict with protections in the Federal Education Rights Privacy Act.

We observed two major trends in panels on reentry: a focus on systemic inequity and a focus on pragmatic and collaborative change. A number of sessions highlighted systemic issues which increase the burden of reentry and drive demographic inequities. For example, “Centering the Voices of Formerly Incarcerated Women in Educational Leadership” addressed the systemic barriers that women face in reentry. “The Transnational Pipeline: Incarceration, Deportation, and Higher Education” examined how the justice system and higher education are implicit in transnational structures that disproportionately impact people of color. Meanwhile, sessions like “Pre-entry and Re-entry” and “The Education Continuum: How Do We Create Student-Oriented Reentry Efforts in the Era of Pell Reinstatement?” took advantage of the communal aspect of the conference to collaboratively develop resources and work toward pragmatic solutions to reentry challenges.

NCHEP 2022 provoked thoughtful discussions about the present and future of higher education in prison programs. As the conference suggested, addressing how the field of HEP will move forward will require adjustments at the individual, programmatic, and systemic level. We look forward to seeing how our ongoing projects on technological access and educational resources in HEP, understanding educational space needs in prisons, and the ways that library systems can collaborate to better serve patrons who are incarcerated will help to inform and expand these conversations. 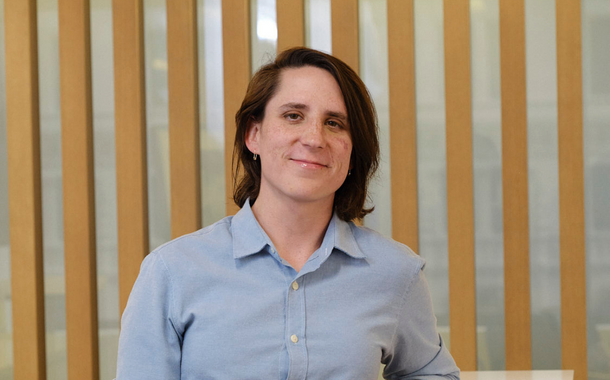 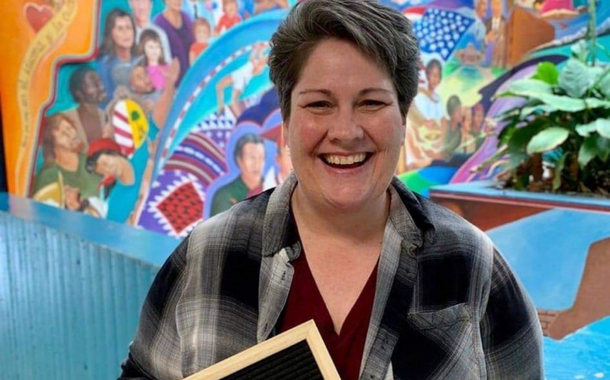