OCLC Research and Ithaka S+R have studied and written extensively about the evolution of higher education and the implications of this evolution for the organizational structure and services of libraries. Today, we are announcing a new project, “University Futures; Library Futures”, in which OCLC Research and Ithaka S+R are joining forces to carry out a collaborative project on the future of academic libraries, in the context of changes in the higher education landscape.

Throughout the period of enormous growth in the decades since World War II, libraries of all types have followed essentially the same pattern: they measured their effectiveness by the size of the collection. But libraries are not ends in themselves. They serve the communities and organizations of which they are a part—they serve the interests of their parent universities and colleges. Until recently, the collections model of libraries has meant that all academic libraries have measured their success in terms of how big their collections are—every library trying to be as much “like Harvard” as possible. Some efforts to gather statistics have reinforced the notion that the biggest collection was the best, and smaller libraries imitated the process to determine which medium-sized or small library is “best.” While we have moved beyond thinking in this way, its influence remains. Additionally, we have not replaced it with an agreed alternative way of talking about the library.

In this project, our research question is: what happens when libraries differentiate themselves in terms of services, not collection size; are there multiple models of success?

In this context, the current discussion of the future of libraries has two limitations. First, it often proceeds without reference to the universities of which they are a part. We contend that the most important long term influence on the library is the requirement placed on it by changing patterns of research and learning. These changing patterns, in turn, are shaped by the focus of the university and the directions it is taking. Second, it often presumes some homogeneity of approach or direction, different only in degree among libraries. This presumption of homogeneity encourages a view of academic libraries in which the research library is seen as a terminal point in evolution, rather than as one type among others. These limitations mean that despite considerable exploration (see this recent ACRL volume for example), we have not developed a robust view of library directions. We contend that different library types will have different futures, shaped by the needs of the institutions they serve. Accordingly, we distinguish between general accounts of the future of libraries and our particular interest in developing a framework for understanding library futures.

We are grateful to The Andrew W. Mellon Foundation for providing support that makes this project possible. Our project team includes the two of us (Constance Malpas and Roger Schonfeld) as well as our colleagues Lorcan Dempsey and Deanna Marcum. We look forward to engaging the academic library and higher education community on this project as our work proceeds over the next year. 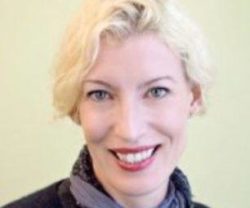