Free tuition at all public institutions in a state sounds great. Such a message could encourage students to attend college who would otherwise think it unaffordable, and/or could help students to stay in college.  However, given the particular policies associated with New York’s Excelsior Scholarship, what the future holds for Excelsior Scholarship recipients may not be all positive. Due to these potential negative consequences, New York State’s funds for this program could be better spent expanding existing services and programs that research has shown work well for low-income and first-generation students at New York’s public colleges.

Here are some examples of how Excelsior’s requirements could lead to harmful consequences for students:

Trying to save money, Student A starts college at a local public community college, living with Student A’s parents. After earning 60 credits in two years, taking five three-credit courses each semester, the number of credits needed to remain eligible for the Excelsior Scholarship, and after obtaining an associate’s degree, Student A transfers to the nearest public college with bachelor’s degrees. But that college will not take some of Student A’s community college credits (a common event; Logue, 2017), so Student A no longer has a continuous record of attaining 30 credits per year, and loses all future Excelsior eligibility.

Student B took and passed high school algebra, but on entering community college, similar to most such freshmen (Okimoto & Heck, 2015), Student B is told to take remedial math as one of five fall courses (a directive more common for students whose families have limited financial resources). However, even if Student B passes remedial math (most students don’t), that course won’t contribute any college-level credits to the 30 that the student has to earn per year in order to remain eligible for the Excelsior Scholarship.  Now the only way that Student B can earn 30 credits during that first college year and thus have any future Excelsior eligibility is either to take an overload of courses in the spring (a total of six three-credit courses that semester), or to take at least one summer course.  However, the scholarship doesn’t cover summer courses, so if Student B judges that taking six spring courses would be too difficult, Student B will have to pay for the summer tuition out of pocket, in addition to possibly having to cut back on summer employment.

After obtaining a public affairs bachelor’s degree at CUNY’s Baruch College, ex-Student C hears about an attractive, suitable job opening in a non-profit organization just across the Hudson River in Jersey City.  Working at a non-profit doesn’t pay much, but the cost of living in Jersey City is significantly cheaper than in any of New York City’s five boroughs. However, if ex-Student C takes that job, and/or lives in Jersey City, Student C’s Excelsior Scholarship, which totaled $22,000 while Student C was in college, will turn into a loan that Student C has to pay back.

Student D gets off to a good start in college, earning 30 credits per year as the Excelsior Scholarship requires. However, as is the case for over 50% of students (Cox, Reason, Nix, & Gillman, 2016), Student D encounters a major life event that interferes with Student D’s academic progress. E.g., Student D or a close relative becomes seriously ill.  Will exceptions be made in all such cases to the Excelsior eligibility rule of accumulating 30 credits per year?

Student E gets admitted to a selective private college, but because of the Excelsior Scholarship, which is only for New York public institutions, Student E decides to attend instead a SUNY college.  In comparison with the selective private college, this SUNY college has lower graduation rates, limited sections of required courses, and fewer student support services, the college being a victim of continuously decreasing government financial support.  However, the SUNY college’s tuition is only $6,670, and all of this college’s tuition will be covered by a combination of the Excelsior Scholarship (which is a maximum of $5,500 per year) and (as part of the Excelsior program) by the SUNY college itself. Many other students make the same choice, swelling the SUNY college’s enrollment.  However, note that the SUNY college has to provide the difference between the Excelsior scholarship and the total tuition amount. Therefore the resulting college enrollment increase may make it more difficult for the institution to provide Student E with the access to good advisors and sections of courses that Student E needs to progress and graduate. As has been found in Massachusetts when that state instituted a scholarship only for public institutions, Student E will be less likely to graduate than had Student E attended the selective private college.  At best, Student E will take longer to graduate, being forced to take fewer than 30 credits in some semesters, and thus will lose Excelsior Scholarship eligibility, as well as losing one or more semesters of opportunity to earn the higher salary that comes with a degree.

These five examples show how, through no fault of their own, Excelsior participants could easily lose eligibility and/or have to pay back their scholarships and/or not graduate due to credits not transferring, having to take a remedial course, taking the best job available, living as economically as possible, suffering a major negative life event such as illness, or being incentivized to attend a college with an environment not maximally conducive to graduation.

The examples above also show that, even if everything goes well and a student obtains and maintains Excelsior eligibility through four years of college and receives a bachelor’s degree, it is not accurate to describe the Excelsior Scholarship as “free” New York State public college. The Excelsior tuition scholarship (including the CUNY/SUNY-funded portion) does not cover student fees (which can be substantial), books, and other educationally-related expenses.

How else could the funds being devoted to the Excelsior Scholarship be used to directly assist students and promote their success? Following are just two examples.

One example would be to give more financial support to students at the lowest income levels in order to cover their books, fees, living expenses, and transportation to/from college, instead of just paying their tuition.  At SUNY Albany, e.g., books and fees total approximately $4,000 per year. Living on campus costs about another $13,000 in room and board.  Living off campus saves some of that cost, but results in transportation expenses.  Not having to pay the $6,670 in-state SUNY tuition is very helpful, but the $6,670 is a minority of the total expense of attending college. The Petrie Foundation has provided funds for the emergency financial needs of CUNY students for many years and has thus enabled many CUNY students to stay in college rather than stopping out.  Such funding could be provided on a preventive, rather than a reactive, basis.

Another possible way to better use the funds being devoted to the Excelsior Scholarship would be to scale existing programs that have already proven to be successful. For example, CUNY’s ASAP program has been shown to significantly increase retention rates, successful movement through developmental coursework, and degree completion rates.

There are multiple ways in which the Excelsior Scholarship constrains students’ behavior in unproductive ways, or fails to support students when factors outside of the students’ control interfere with their education.  At the same time, there are alternative uses for the Excelsior funds that would address significant student needs and increase student success. 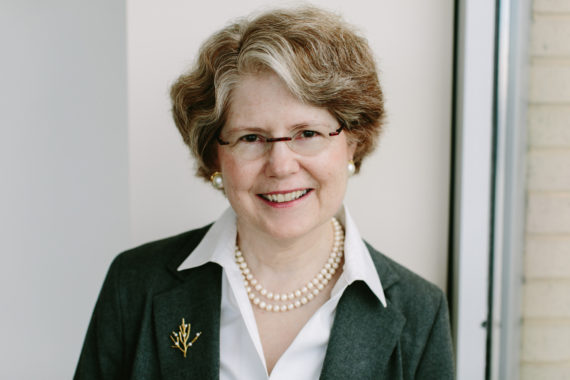