The Many Faces of Meetings

A Taxonomy of Emerging Models for In-Person and Hybrid Conferences

Scholarly conferences are at a crossroads. The pandemic has made it clear that virtual meetings are not only possible, but make conferences more accessible to a broader, and more diverse audience. At the same time, the pandemic has clarified the unique value that in-person meetings offer due to their capacity to leverage physical proximity to promote social engagement, networking, and serendipitous interaction that foster the generation of new ideas. As organizers begin to shift their focus away from the necessarily reactive thinking that has dominated conference planning over the past three years towards strategic thinking about the long-term lessons of pandemic era experimentation with conference formats and modalities, one core question is how to create conferences that combine the most valuable features of in-person and virtual meetings. Over the course of 2022, Ithaka S+R, with funding from the Alfred P. Sloan Foundation, is partnering with a cohort of 17 scholarly societies to develop models and practices to address the challenge of building more sustainable and accessible meetings that better facilitate scholarly communication.

One early area of consensus: the future of scholarly meetings will feature in-person meetings. What is less clear is what those meetings will look like. The easy answer to these questions is the now ubiquitous “hybrid conference.” The conceptual power of the hybrid meeting—its ability to reframe an either/or into a both/and—is undeniable, even if the financial models that would allow societies to fully realize it are, to put it mildly, unclear. Three years into the pandemic, it has become clear that we need a more nuanced typology for thinking about conferences than the simple triad of virtual, in-person, and hybrid: currently extant and potential models for hybrid meetings represent a broad array of possibilities rather than a single format.

What follows attempts to sketch such a typology, drawing on a recent exercise with the cohort, at which we discussed emerging or potential models for meetings that center in-person gatherings while also incorporating new designs and affordances of hybrid and virtual meetings.

Hub and Spoke: Regional conferences (“spokes”) meet concurrently with a central in-person conference (the “hub”), creating connected mini-conferences in local settings that supplement a flagship central meeting. The society organizing the committee would likely take primary responsibility for organizing the hub meeting, providing content and support to link the spokes, while local organizing committees would take primary responsibility for organizing in-person and/or virtual events for meeting spokes, as well as assisting in linking their content to the central meeting hub.

Distributed: This conference model consists solely of regional meetings that are linked conceptually and temporally, but otherwise largely autonomous. Distributed meetings could be largely distinct from one another, but might also be connected through virtual programming or hybrid cross-meeting sessions.

Parallel: Parallel meetings call for an in-person meeting that is held either concurrently or temporally adjacent to a series of virtual panels and events. Parallel meetings are a subtype of hybrid meetings insofar as they include panels and events organized in virtual and in-person spaces, but distinctive in that the two formats are distinct programming streams that rarely overlap, with hybrid activities either absent or comprising only a modest portion of the conference program.

Multidisciplinary Topical Summits: In this model, societies co-organize multidisciplinary meetings organized around specific themes. They may include traditional panel presentations but are likely to benefit from increased emphasis on networking and as forums for working groups to meet, collaborate, and share. For example, ecologists, geologists, agricultural scientists, economists, and oceanographers could jointly organize a summit on the topic of water.

Seminars: Another alternative to discipline-spanning generalist meetings, the seminar is similar to the multidisciplinary summit in that it is focused on a specific theme, though its scale is likely to be considerably more modest. Seminar style meetings could be organized regularly as a series of options that meet in a variety of physical and virtual spaces. Alternatively, a society could organize several such seminars that would be held concurrently, to create something resembling a traditional in-person meeting focused on seminar meetings rather than panels.

Fully Hybrid Model: The hybrid model consists of a traditional large in-person gathering, such as a society’s annual meeting, but streams most or all conference sessions to virtual attendees. In its truest iteration, hybrid meetings would also allow participants the option to contribute to in-person sessions via teleconferencing. In current usage, this is the model most often associated with the term hybrid.

Fully In-Person Meetings: Fully in-person meetings have been the norm for modern scholarly conferences since the nineteenth century. The large annual meetings that are central to many societies’ missions, that bring together otherwise disparate specialist communities in a single location for discipline-spanning panels and conversations, are the most iconic examples, though in-person conferences take place at many scales and formats.

When asked to pick one model as a short-term conference option and another as a longer-term goal,  no model garnered majority support. Rather, each option claimed at least one champion from our cohort of societies. This wide range of responses suggests that the near future may see a flowering of experimentation and diversity in meeting formats, as different societies pursue different conference formats based on the needs of their members, their mission, and their resources.

There were, however, two models that were particularly attractive to members of our future of scholarly meetings cohort: the parallel meeting and the hub spoke, favored as short- and longer-term options, respectively. The parallel meeting has the benefits of familiarity, since it is the model that many societies have adopted in the last year or two. Because it offers both an in-person experience and a virtual one, parallel meetings are a somewhat safe choice that allows societies to offer options for members who prefer one format over the other. For organizations that exist primarily to serve their members, this is a major benefit of the format. The financial savings associated with this model are harder to gauge. Societies may be able to book smaller room blocks if a significant number of their members attend virtually, and the virtual component of parallel meetings ensures a supply of video content that an increasing number of start-ups are eager to help societies monetize. But the demands of staffing two meetings, as many members of our cohort know well, are a severe burden on society staff and may require additional hires to be sustainable.

Looking further into the future, the Hub and Spoke model attracted the most interest from our cohort. Here, too, access figured heavily, as the model allows for regional conferences that can take place across the country and even across the globe. The model also has potential to limit the heavy carbon emissions associated with conference travel, albeit less so than virtual conferences. The model is easy to hybridize by creating a virtual “spoke” alongside those located in physical space. Interest in this model (and in the similar dispersed model) was highest among societies that are already organized into regional chapters, which provide the basic organizational infrastructure around which such meetings could be organized. The Hub and Spoke conference provides some opportunities for cost savings, but raised concerns about the necessity of handing at least some decision-making power to regional bodies who could claim to speak for the national organization.

Even before the pandemic, academic conferences faced criticism on many fronts. Hybrid meeting formats alone—regardless of the configuration—will not solve these larger structural, cultural, and financial issues scholarly societies and their members face. But as new permutations of hybrid meetings are articulated and organized, societies will continue to experiment with new ways to solve these challenges.

“Meeting” by emka angelina from NounProject.com 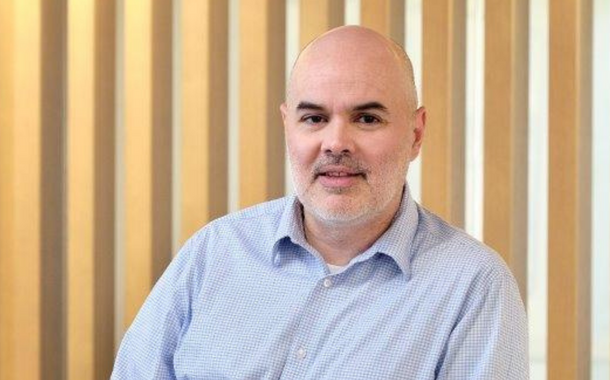 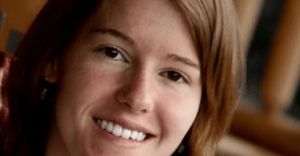 Manager of Research and Discovery at JSTOR Labs 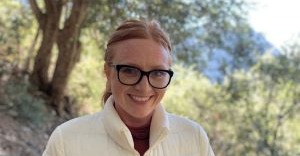 COVID-19 and the Future of the Annual Meeting