Does Setting an Attainment Goal Move the Needle on Postsecondary Attainment?

As COVID-19 continues to threaten state budgets, statewide commitments to improving higher education outcomes remain more important than ever. While there are a multitude of individual, social, and civic benefits to investing in a well-educated population, supporting postsecondary access and completion should also be viewed as critical for states’ post-recession recovery. A college degree is associated with higher lifetime earnings potential, better health outcomes, and even a longer life expectancy. Closing equity gaps is also necessary to address broader social inequality that is passed from generation to generation. From the state government perspective, economic returns to postsecondary attainment are substantial—increased postsecondary attainment is associated with both an increase in tax revenue and a reduction in public welfare and Medicaid expenditures. Improving postsecondary attainment is also essential for meeting future workforce demands. Prior to the current recession, states were already expected to face a widespread shortage of workers with college degrees. However, just as the recovery following the Great Recession was primarily fueled by jobs requiring a bachelor’s degree, the present economic crisis is likely to exacerbate states’ need for more college-educated workers.

In theory, postsecondary attainment goals can guide efforts to maintain a competitive economy and well-prepared workforce. It was in this spirit that, in 2009, the Lumina Foundation established a nationwide postsecondary attainment goal—increasing the percentage of Americans with high-quality degrees and credentials to 60 percent by 2025—and encouraged states to set goals of their own. The logic behind the goal-setting process is that setting an attainment goal identifies higher education as a statewide priority, unifies stakeholders around a common objective, and informs policy agendas. As a result, the adoption of goals can motivate legislative action and investment in higher education. Moreover, by providing a benchmark against which progress can be measured, state attainment goals can hold policymakers and state leaders accountable for improved outcomes in higher education.

Since the establishment of a nationwide postsecondary attainment goal, most states have followed suit. Though the ambition and scope of their goals vary widely, all but five states have established an attainment goal over the course of the past decade. As a result, a majority of states aim to equip at least 60 percent of working-age adults with a certificate or higher within the next five years. However, Ithaka S+R’s projection tool suggests that many states are not on track to meet their goals.

In this blog post, we examine the relationship between setting an attainment goal and subsequent changes in postsecondary attainment for states that adopted goals just after Lumina set its national goal. As detailed below, by comparing the change in attainment rates and other higher education outcomes across states that adopted attainment goals at different points in time, we find that the adoption of an attainment goal on its own appears to have had a limited, short-term impact on some, but not all, measured outcomes. We also offer policy recommendations to guide states in their efforts to reach their goals.

Have the Goals Been Effective?

Attainment: Setting a statewide attainment goal is not associated with improvements in attainment rates

Enrollment: Following the adoption of goals, enrollment rates remained lower in goal-setting states and declined at a higher rate than in states without goals

Population-adjusted full-time equivalent (FTE) enrollment across public colleges and universities was higher in states without a goal prior to early adopters’ establishment of attainment goals. While the graph above suggests that goal-setting states may have narrowed the enrollment gap immediately following their adoption of goals, this effect does not appear to have been sustained.

We also fail to find strong evidence that setting an attainment goal results in higher rates of degree completion over the long term. While the number of completions per capita increased faster in goal-setting states than control states between 2010 and 2012, this gap has largely closed. More troubling is the relatively flat number of completions from 2012 through 2018. With substantial increases in attainment rates necessary to meet goals, states must continue to increase completions.

Completion: Goal-setting is not associated with sustained improvement in postsecondary completion

Completions from All Institutions (per 1,000 Population)

Funding: There is some evidence that goal-setting states increase per-student funding

State and Local Per FTE Appropriations for Public Higher Education 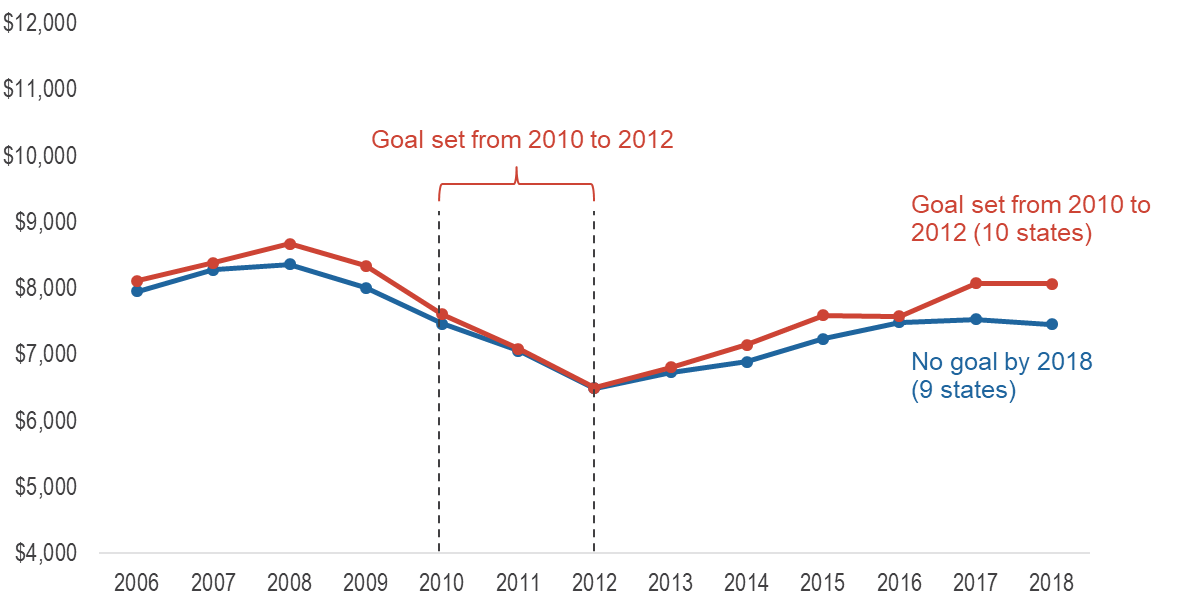 As shown above, we found that states with attainment goals saw a faster recovery in per FTE funding levels than states without goals. The dip in 2016 is largely driven by Illinois’ budget impasse. This increase in per FTE funding may help public colleges work towards improving attainment rates. However, as the funding increases have occurred in recent years, it may take additional time for the effects of these resources to manifest in more completions and faster growth in attainment.

In setting postsecondary attainment goals, state policymakers have demonstrated a commitment to improving long-term higher education outcomes. As our analyses suggest, however, goals alone do not appear to have resulted in meaningful change in attainment or other outcomes that would lead to greater attainment. As many states near their target years, higher education leaders and policymakers should reexamine the strategies and policies in place to support postsecondary access and success. States can begin by making it easier for students to transfer from two- to four-year institutions. While a majority of community college students say they intend to complete a four-year degree, only about a quarter of these students actually transfer to a four-year institution. The implementation of transfer pathways is one way for states to simplify the process of transferring credits across institutions and encourage more students to enroll in four-year institutions. Co-requisite remediation may offer another strategy for boosting college completion rates by supporting students’ success in college-level coursework without delaying their ability to receive college credit. Currently, many states are also facing high rates of displaced workers as a result of COVID-19. States such as Indiana, Virginia, and Florida offer examples for how states can simultaneously respond to record levels of unemployment and improve attainment by using scholarships and rapid credentialing to upskill displaced workers.

For attainment goals to be effective in improving statewide higher education outcomes, strategies to meet these goals should reflect the distinct needs of state populations. Recent analyses suggest that, for most states, success in addressing racial attainment gaps will be essential to their success in improving overall attainment rates. Similarly, many states will be unable to meet their attainment goals without concerted efforts to engage and support adult learners. By considering demographic trends, disparities in attainment across student groups, and future workforce needs within their states, policymakers can guide resources towards strategies that are most likely to move the needle on attainment. Though states and institutions are likely to face increasing financial constraints due to the impacts of COVID-19, targeted funding strategies can allow policymakers to uphold their commitments of improving postsecondary attainment and support the long-term financial health of their economies.

Our analyses suggest that states can and should do more to make progress towards meeting their attainment goals. However, questions remain regarding the specific strategies states are using in their approach to improving attainment and the role of COVID-19 in states’ progress. The following questions can guide future research in these areas: 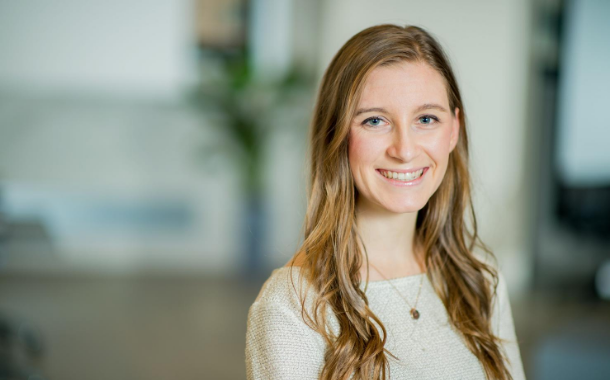 Assessing the Impact of State Policies on Higher Education Attainment

Through a partnership with the Joyce Foundation, Ithaka S+R is evaluating the efficacy of a wide range of state policies in expanding college opportunity and closing attainment gaps.