Mention the phrase “for-profit college” and I can’t help but immediately picture a single parent working two jobs while attending college at night, after the kids are asleep, saddled with debt and no prospects for improving their employment conditions or earnings despite their best efforts. Vivid in my mind are the painful stories of young low-income mothers I interviewed during my graduate studies, whose economic, family, and personal decisions (and opportunities) were often dictated by their (relatively exorbitant) loan repayments for credentials, completed at for-profit institutions, with no value in the labor market.

This knee-jerk reaction to the for-profit sector, whether warranted or not, is not uncommon in higher education circles. We surveyed 111 higher education experts last spring as part of the Higher Ed Insights project, and a number responded to questions about regulating the for-profit sector with similar sentiments. For example, in response to questions about the impact of the decrease in enrollment at for-profit institutions, some respondents commented:

“The level of exploitation in this sector is a major problem.  The case of veterans has been especially distressing.”

“Good news. Many of these students amass considerable debt at these institutions and leave without earning a degree.”

“I hope that this is a sign that students are realizing the predatory practices of for-profit colleges are not in their best interests to degree completion.”

Similarly, responses about the impact of the closure of largescale for-profit technical institute ITT Tech, and of the federal government revoking accreditation authority from the Accrediting Council for Independent Colleges and Schools (ACICS) included the following:

“Thank goodness. We see students with massive debt and nothing to show for it. Students with ITT technology degrees were working at Best Buy selling products.”

“Important that a predatory institution was closed.”

“Too often students leave without a degree, no improvement in employment prospects, and onerous monthly payments for years to come. ACICS has been the sham accreditor enabling this exploitation of students.”

“When many, if not all, proprietary institutions have become little more than admissions mills because of weak accrediting oversight, we are endangering students and wasting taxpayer funds.”

Nonetheless, as expert panel member Mark Schneider elaborates in this blog post, some respondents emphasized that standards for quality of learning and post-graduation outcomes should apply to all institutions, regardless of their tax status. In fact, accrediting bodies other than the ACICS continue to accredit institutions with poor student outcomes, and there are many community colleges with poor transfer and completion rates whose students accrue debt and default on their loans. One particular comment by a panel member stayed with me: “For profit education was an engine of innovation. True, many schools lost their way, but they went where public institutions could not or would not.”

There was a time when for-profit institutions were seen as the future of higher education. They took risks and experimented in an otherwise risk-averse and static sector. They embraced technological change and innovated regularly to accommodate shifts in the labor market and student population. They were equally willing to abandon technologies and innovations when they no longer served them or failed, and many earned the praise of the higher education community and received regional accreditation. In 1989, the University of Phoenix launched its online MBA program. Walden University offered what may have been the country’s first fully online master’s program in education in 1995. In 2006, the Commission on the Future of Higher Education highlighted Neumont University, a small, new and little-known for-profit institution, as the most innovative college in America. In 2009, James Rosenbaum, Regina Deil-Amen, and Ann E. Person published After Admission, in which they described the successful practices of private occupational (accredited) colleges and how community colleges could learn from them to improve how they serve their students. A few years later, these ideas, based on successes observed in for-profit models, contributed to the design of The City University of New York’s Guttman Community College, and the work of the national reform organization Complete College America. Capella University adopted an open enrollment admission policy in 2010 and received the CHEA Award for Outstanding Institutional Practice in Student Learning Outcomes that same year.

In addition to these contributions, for-profits responded to an important need among the growing nontraditional student population, and filled a major gap for skilled labor in the marketplace, often responding swiftly to employer demand. So what went wrong?

In addition to these contributions, for-profits responded to an important need among the growing nontraditional student population, and filled a major gap for skilled labor in the marketplace, often responding swiftly to employer demand (think credentialing for allied health care support occupations). So what went wrong? Some of the contributing forces include the unprecedented postsecondary enrollment of nontraditional students, the expansion of the Pell program at the time of declining state appropriations, labor market changes and the continued surge in middle skills jobs and new technologies, and sharp differences in regulations between for-profits and publics/non-profits. Whatever the reasons may be, what is particularly disheartening is that higher education researchers had identified the specific value and strengths of for-profits, their potential pitfalls, and the imminent need for appropriate regulations to that end. Yet the regulations trickled in far too slowly and too late (and, as some of our panel members argued, too imperfectly).  David Deming, Claudia Goldin, and Lawrence Katz summarize some of this research nicely, stating that for-profits do best with short duration programs that are well-defined and prepare students for a specific occupation. On the other hand, the completion and default rates of degree-seeking students who attend for-profits, and their labor market outcomes, “compare unfavorably with those of public postsecondary institutions.” The authors also state that taxpayers’ investments in student aid warrant scrutiny concerning whether completion rates and subsequent labor market outcomes justify the investment, and recommend that regulations be put in place to provide students with “complete and objective information about the costs and expected benefits of for-profit programs” to mitigate poor practices on the part of the institutions.

In the absence of such regulations, numerous public and not-for profit institutions have stepped in to provide alternatives and serve the growing and eager student population. Examples include Arizona State University, Southern New Hampshire University, and Western Governors University, which successfully offer online personalized programs to tens of thousands of students. While enrollment at for-profits continues to decline, the gap is nonetheless present, as evidenced by the outcomes of for-profit students who had the rug pulled out from under them when their colleges were shut down. Even when other institutions opened their doors to them, pernicious issues of credit transfer continued to set them back (or send them back to other for-profits).

I echo panel members’ sentiments that new and redesigned policies are needed across the sector, irrespective of institutions’ tax status. I also share their concerns that while the relatively recent regulations of for-profits had notable shortcomings, they were a step in the right direction. But this direction is currently under threat – leaving the burden on institutions to fill in the gap, lift and uphold the sector’s reputation and public value, while continuing to improve their work under tight budgets. 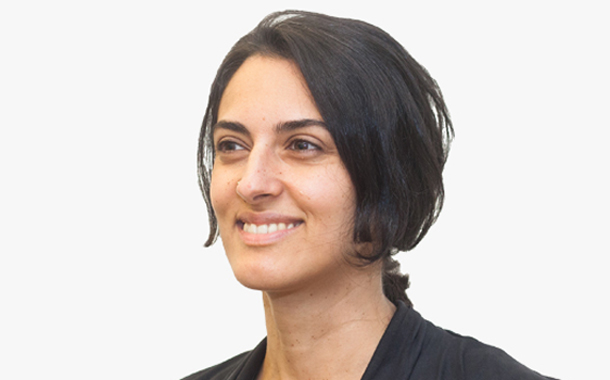