Measuring the Impacts of Federal Oversight of Accreditation

Since the 1960s, the accreditation process and accreditors have played an important gatekeeping function for institutions’ access to federal student financial aid. Recognizing this role, Congress and the federal Department of Education (ED) have introduced and modified federal requirements and oversight of accreditors to ensure that these gatekeepers are protecting students and public dollars. While these federal interventions have clearly shifted the ways accreditors operate and interact with the federal government, there has been little research conducted on the effects of these policy changes on the institutions and students subject to accreditation.

With support from Arnold Ventures, in a new report, Ithaka S+R examines the relationship between these changes in federal oversight of accreditors and outcomes at the accreditor and institutional level.

Federal Oversight of Accreditation and Accreditors

The higher education accreditation process serves a critical role in granting institutions across the country access to Title IV funds. The federal government leans on private accreditation agencies to serve as “quality control” agents that determine which schools are of sufficient academic quality. For institutions to be eligible for Title IV funds, an accreditor must be recognized by ED, whose staff  review accreditors’ eligibility with a written report. The report is then submitted to  the National Advisory Committee on Institutional Quality and Integrity (NACIQI), an appointed group of  stakeholders who, after reviewing the report and conducting a public hearing, submit a final recommendation on recognition. Over the years, federal oversight of these accreditation agencies has waxed and waned. The 2008 Higher Education Opportunity Act (HEOA) marks the last time the Higher Education Act (HEA) was reauthorized, and the last instance of any significant legislative change governing the relationship between the federal government and accreditors.

Despite the important part played by accreditors, little research has been done to connect the actions of these agencies, or the role of federal oversight in accreditation, to student outcomes. Some critics suggest that accreditors may fail to serve as an adequate measure of quality at higher education institutions or that federal regulation of agencies has fallen short. A report published by the Government Accountability Office (GAO) has shown that accreditors were no more likely to act against institutions with poor student outcomes than they were against institutions with strong outcomes, and a report from the Office of Inspector General concluded that “[The Office of Postsecondary Education’s] oversight approach may not identify significant agency issues soon enough to mitigate or prevent potential harm to accredited schools, students, or taxpayers.” Despite these concerns, the HEOA expressly forbids the secretary of education from prescribing “minimum level” standards on student outcomes to which accreditors must hold their institutions. However, NACIQI’s purpose is to hold accreditors responsible for their role in quality assurance. After failures in the accreditation process were identified following the mid-2010s collapse of the Accrediting Council for Independent Colleges and Schools (ACICS) and for-profit colleges like Corinthian and ITT Tech, NACIQI implemented a pilot project to evaluate accreditors on institutional outcomes.

In Overseeing the Overseers: Can Federal Oversight of Accreditation Improve Student Outcomes? we use various analytical strategies to estimate the effect of federal accreditation changes on institutional outcomes and accreditor outcomes. We first studied the changes in federal oversight that occurred during the 2008 HEOA. By tracking the changes made by one regional accreditor in response to the Act, and using the institutions accredited by this agency as our sample, we estimate the effect of these changes on credential completion efficiency, median debt levels, and one-year repayment rates for students. We also studied the actions of this accreditation agency to examine whether the incidence of “negative actions” or sanctions increased after the accreditor responded to the HEOA. In both cases we found limited or no evidence that the policy changes resulted in statistically significant differences to the outcomes we studied.

We did, however, find an association between improved outcomes at the institutional level and the enactment of NACIQI’s pilot project in 2016. The creation of the College Scorecard tool in 2015 may also be associated with improved student outcomes, suggesting that ED and NACIQI efforts to increase data transparency and shift more responsibility to accreditors for poor outcomes at institutions they oversee may be an effective lever of government oversight.

The limited evidence of improvements in student outcomes following the HEOA indicates that stricter legislative changes may be necessary to ensure proper mechanisms of accountability and quality control in higher education. Although some regional accreditation agencies have taken it upon themselves to set minimum, bright-line standards that their institutions must reach, the lack of consistent enforcement makes accreditation a tepid measure of quality. In this case, it would benefit the federal government to increase the role they play in defining minimum levels of academic performance that institutions must reach to receive Title IV funds.

In addition, our findings lead us to believe that, in lieu of legislative policy changes, NACIQI may provide the best opportunity for establishing greater quality control in higher education. As we move forward in thinking about ways to introduce greater accountability in higher education accreditation, public accountability appears to be an effective option. Shining a spotlight on accreditors who give the stamp of approval to poor performing institutions may be the most successful method of immediately improving student outcomes. 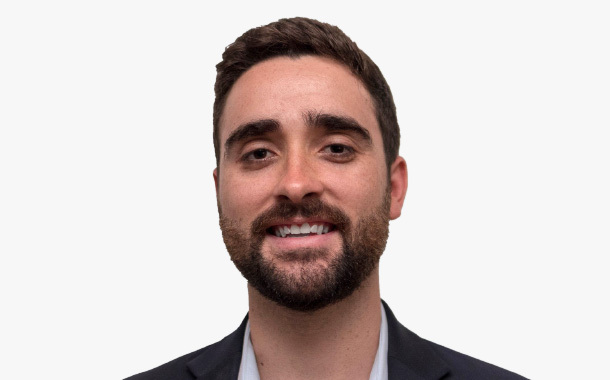