Invest in talented young adults, and they will help us solve the world’s problems. That was the charge of Dan Porterfield, president of Franklin & Marshall College and incoming president of the Aspen Institute, to college and university presidents who gathered February 22-23 in New York City for the American Talent Initiative annual presidential summit.

The effort, funded by Bloomberg Philanthropies and co-led by the Aspen Institute College Excellence Program and Ithaka S+R, has an ambitious goal: attract, enroll and graduate an additional 50,000 low-and-moderate income students by 2025 at the nation’s colleges and universities with the highest graduation rates. Thus far, 97 public and private institutions from across the United States have joined the initiative. Members include all Ivy League schools, several state flagship universities, and many top liberal arts colleges.

It’s not every day that you get 41 college and university presidents from a diverse cross-section of higher education – representing more than 25 states – together to tackle a single pressing problem facing society. But for Porterfield and the leaders behind the American Talent Initiative (ATI), the stakes are too high to do otherwise.

In a time of stark income inequality, Porterfield enumerated the benefits that higher education can have on all aspects of society. For example, college graduates are more civically engaged and live longer, healthier lives than those who have not attended college. They strengthen local economies and are more likely to send their children to college. And, he pointed out, lower-income students who attend ATI-member institutions are more likely to graduate and experience greater economic mobility.

As Porterfield says, “Talent will rise.”

During the day, Spelman College President Mary Schmidt Campbell and Amherst College President Biddy Martin led a conversation about building support for socioeconomic diversity on campus. Presidents discussed how institutions must address access for lower-income students, as well as how to provide opportunity for these students once they get on campus through advising and other support services.

OSU President Michael Drake closed with a bold vision of what can be possible through the American Talent Initiative. If successful, it would be the equivalent of starting two new universities of 25,000 students each – composed entirely of lower- and middle-income students – which perform in the top 10 percent of universities nationally.

This post originally appeared on the Aspen Institute’s blog. 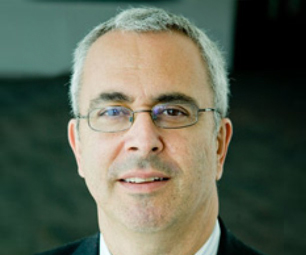