The State of the Humanities

Each spring, the National Humanities Alliance (NHA) organizes an annual meeting and an accompanying national advocacy day, in which representatives from most states meet with congressional offices to make the case for federal funding of the humanities. In 2020, 184 individuals representing 41 states held 287 meetings with congressional offices on Capitol Hill. Ithaka S+R is committed to supporting humanists in their work, through projects such as measuring the value of a liberal arts education, the analysis of the research needs of scholars in modern languages, religious studies, and history, and our projects focused on supporting instruction with primary sources and cultural heritage objects during the COVID-19 pandemic.

Inside the academy, where stories about the crisis of the humanities are commonplace, the future of the humanities has seldom looked so insecure. Since 2008-09, majors in many humanities fields have plummeted, while faculty hiring and—in some disciplines—PhDs awarded have declined. The combination of low enrollments and the widespread perception that the humanities are dead-end fields disconnected from job markets, have left many programs and departments exposed to threats of closure and consolidation in the current climate of austerity within much of higher education.

Stabilizing academic humanities programs was a major focus of the NHA annual meeting, which included several panels highlighting strategies for rebuilding programs by attracting more, and more diverse, students. In “Defending Departments Under Review: Turning a Threat into an Opportunity,” Glenn Whitehouse described how political pressure—including from then-governor Rick Scott’s statements about the folly of spending tax dollars on anthropology majors and Senator Marco Rubio stating that Florida need “more welders and less [sic] philosophers” (a statement he has since retracted)—led to performance reviews of a number of humanities program at Florida Gulf Coast University. Humanities faculty and the College of Arts and Sciences responded by gathering national and institutional data on the job prospects of humanities majors and the cost-effectiveness of the threatened programs. Using these data, they were able to stave off program cuts and create a new program designed to build better career pathways for humanities majors through peer mentoring, skill badging, and outreach to employers. Jessica Starling and Jill Peterfeso described faculty and alumni reactions to proposed program cuts at Guilford College, where rapid efforts to mobilize 3000 alumni have thus far preserved embattled humanities programs.

At institutions across the country, initiatives designed to revitalize the humanities—often by better articulating career paths for humanities undergraduate and graduate students—are being launched or beginning to pay dividends. In conjunction with the 2021 annual meeting, the NHA released a major new toolkit to assist departments in these efforts. But the national picture remains challenging. In the face of heavy crosswinds, much work remains to be done to secure the humanities from further erosion within higher education.

A second major theme of the NHA conference put a spotlight on ways to connect humanities classrooms with communities beyond the academy. “Engaging Students and Engaging Communities: Leveraging Community Partnerships in the Classroom,” described several such community-based research projects. Nara Milanich of Barnard College described her “engaged-pedagogy” course, funded by a grant from The Andrew W. Mellon Foundation. Her course is taught in partnership with a community organization and was designed to reflect that organization’s needs. Milanich’s current course, “Seeking Asylum,” explores the history and politics of Central American asylum crises by having students transcribe and analyze interviews with migrant families separated at the border under the Trump administration. In addition to further the goals of her nonprofit partners, students in the course gain “applied humanities skills” and perspectives on how they can use them as a “way of acting in the world.” Maria Cotera of the University of Texas, Austin, described how her undergraduates contribute to an exploration of intersectional feminist Chicana organizing in the 1960s and 1970s by gathering and preserving scattered archival collections of community organizers, currently consigned to “an archipelago of closets, basement, attics, and home offices.”

Projects like these serve as useful reminders that the benefits of the humanities extend well beyond the borders of academia and make vital contributions to American life. A recent study by the Humanities Indicators Project of the American Academy of Arts and Sciences sought to measure Americans’ attitudes towards and engagement with the humanities. They found that Americans value the humanities more than common wisdom might suggest, finding “considerable agreement about the personal and societal benefits of the humanities, substantial engagement with a variety of humanities activities at home and in the workplace, and strong support for teaching humanities subjects in the schools.” The same report also found that few Americans agreed with a variety of negative statements about the humanities, and valued their contributions to democracy, the economy, and civic life.

The NHA keynote address featured incoming NEH Chief of Staff Kelsey Coates, who described the Biden administration’s “whole government” approach to its core policy issues: racial justice, climate change, COVID-19, economic recovery, and rebuilding America’s standing abroad. As Coates noted, the humanities can make important contributions to all these priorities. Much work remains to be done, especially in higher education, where the humanities are increasingly marginalized, but as the NHA conference made clear, faculty, students, and citizens are rallying in support. 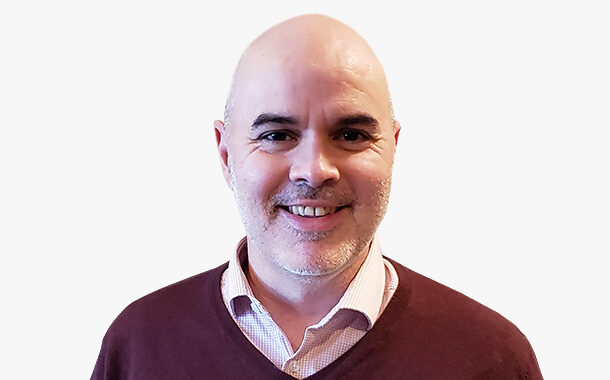 Looking at the Support Needs of Instructors